Welcome from the Founders 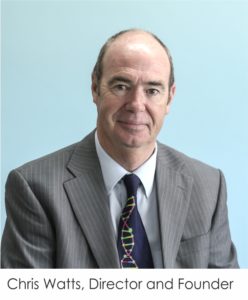 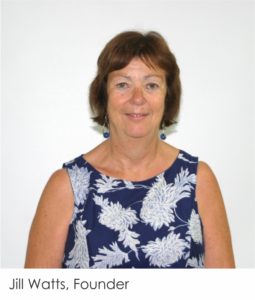 Welcome from the Founders

“A good teacher can inspire hope, ignite the imagination, and instil a love of learning.”– Brad Henry

Jill and Chris retired to Cyprus in 2009 after working in English local authority schools since 1975 (Chris) and 1977 (Jill). Chris had Headships in three schools over a period of 27 years and Jill was a Headteacher for 12 years. Chris’s experience included the training of Headteachers, chairing a 26 strong school collaboration and a period as an Ofsted school’s inspector.

A number of parents approached Jill and Chris to open a school in Peyia – not something that they planned to do in their retirement! Despite their initial reluctance, they consulted the Ministry of Education and Culture in Nicosia after which, Jill and Chris began a very challenging journey to open and operate a licensed private school.

The school was launched in September 2010 with 17 students, 3 teachers and a classroom assistant. There were 3 classes of students, in a small clutch of buildings high in Peyia village. Sadly the authorities would not authorise the change of use to a school and after a year of operation, the search was on for a new home for TLC Private School. The school at that stage had doubled its student population and was offering some adult education.

After an extensive search, new premise were secured in a lovely building near the picturesque harbour of St George. The move to Agios Georgious included 65 existing TLC students. Another similar sized school called St George’s was battling for licenses and it was decided between the two school operators to consolidate both on one licensed site. So, in September 2012, TLC Private School admitted a group of pupils from St George’s and the school opened on the new site with 120 students from age 3 to 17 years. The school also offered adult lessons in Greek through its new Private Institute license.

The move to a site with a permit for change of use meant that the school could complete the licensing process. Today, TLC Private School comprises 5 licensed entities :- Nursery, Kindergarten, Primary, Secondary and Institute. This means that the school can offer pre-school, full time education to registered pupils, lessons to students from other schools as well as adult education through its Private Institute.

Numbers continued to grow and despite the fact that the Directors had extended the school premises on the Agios Georgios site to accommodate the increase in student admissions, there was a need for even more space.

In 2017 the Directorship was expanded to include Ian and Laura Wells who had been associated with the school since 2011. This addition to the school’s ownership and Directorate was the first step in securing the next generation of leadership for the school, with the continuing commitment and practical support of the founders.

Working together, the new school Directorate secured what is now known as The Parkland Estate which is officially the address of The Learning Centre (TLC) Peyia Ltd – the company incorporated by the founders, that continues to this day. Further land to the rear of the property was acquired for new sports facilities and car parking.

In September 2019 The Parkland Estate opened its doors to secondary students, relieving the pressure on the Agios Georgious site which then became dedicated to Nursery, Kindergarten and Primary.

“Welcome to our inclusive school where ‘Every Child Matters’ continues to underpin our philosophy. We hope that you find our website informative and that, if you consider our school for your child(ren) you will enjoy being part of our continuing journey and pursuit of excellence!” Jill and Chris Watts

TLC Private School Mission Statement
First class education and a strong community spirit at TLC Private School, develops assured, resilient and reflective young people, empowered with the knowledge, skills and understanding to become successful individuals with strong values at the core of everything they do.
Facebook-f Instagram Linkedin Youtube